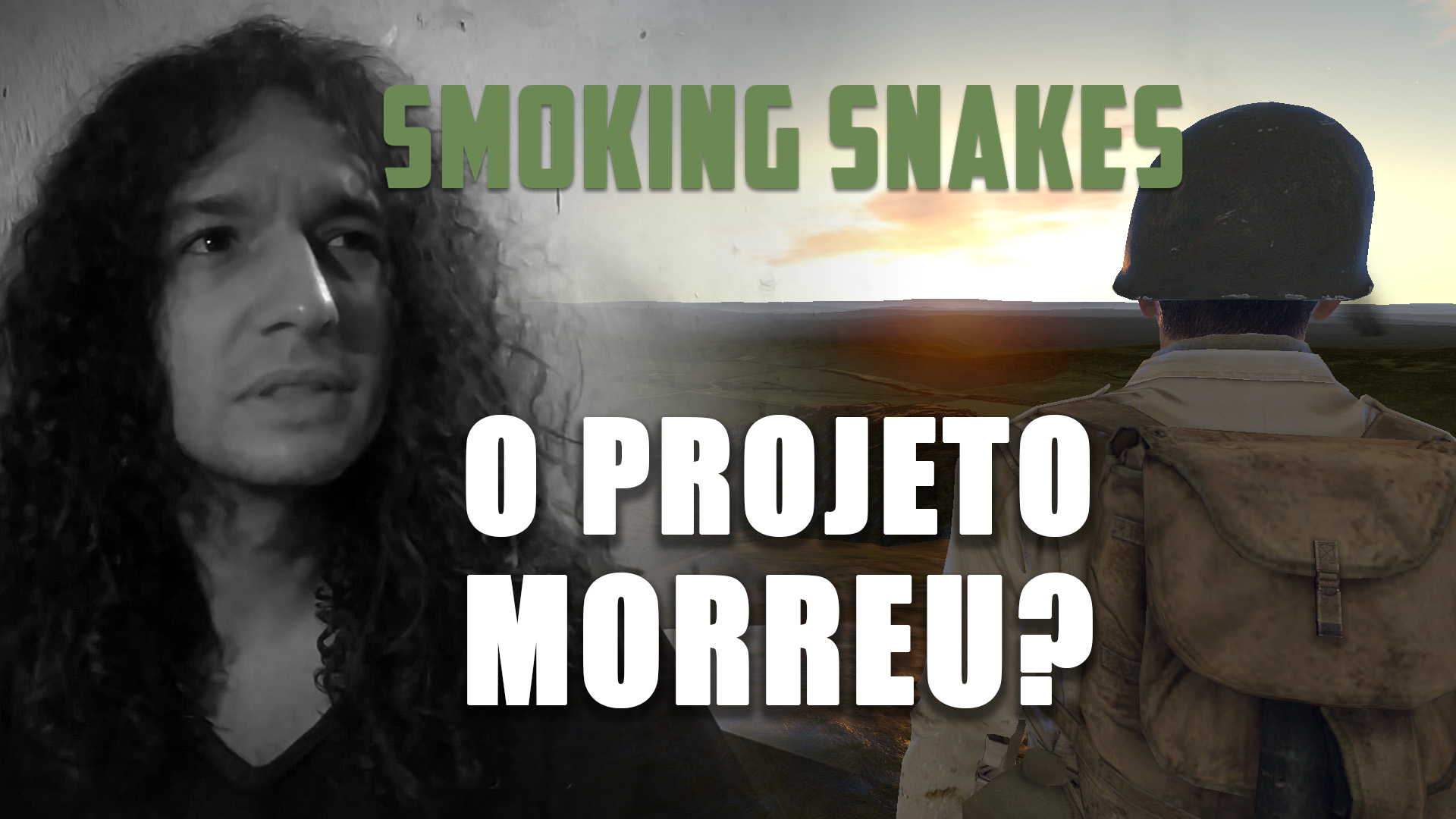 After years of initial development, Smoking Snakes was released on Steam on April 30, 2019 and has since received no further updates. What happened? Has the project died? Come with me, in this video I'm going to tell the whole story of development and also talk a little bit about future plans.

Hello my name is Dénis Fernandes, I am Smoking Snakes developer, before I start I would like to let you know that I will inevitably run into personal issues, but I promise that in the next videos there will be less talk about my life and more content about the next steps from the project.

Emergence of the idea

One of the first shooters I played when I was a kid was Medal Of Honor on Playstation 1, it was a game that impressed me and aroused my interest in other games of the genre, then I started playing Battlefield, Counter Strike, Call of Duty, everything in a LAN house near my house because I didn't have a PC yet.

At that time, innocently and without understanding the game market, I wondered why there wasn't a game about the Brazilian Expeditionary Force in World War II, that's when this seed was planted in my mind and years later I embarked on the adventure of develop Smoking Snakes

It was only in 2014 that I started to develop the first prototype of the project, I realized that there was no one developing something like that and that hardly big triple A studios would risk developing a game about the Brazilian Expeditionary Force.

This prototype was just a proof of concept where I started implementing character movement within amap white box. For those who don't know, white box or blockout in the game industry is a way to assemble the map with white cubes, where the focus at this stage of the level design is just defining the playable areas in the level.

A curiosity is that until then the project still wasn't called Smoking Snakes, it was just called “FEB”, that is, the Brazilian Expeditionary Force.

After a year working on the prototype and evolving my knowledge about game development I came to the conclusion that as much as I had free time to develop I would need money to invest. After all, many of the resources used in development are purchased in dollars.

In February 2015 I received a job offer to work as a web developer at a company here in Juiz de Fora, as I needed money to invest in the project, I didn't think twice and accepted the job. I spent two years working at this company and during that time I managed to invest a good part of my salary in the resources that were used in the project.

When I left this job, I left zero-zero, I had paid all my debts but I hadn't saved any money and about two weeks after I asked for the bills, I was going out on the street to solve something and I stopped my motorcycle in a street. slanted.

As I had taken my driver's license a short time ago and had little experience, I stopped the bike anyway and when I turned my back to cross the street, I only heard that noise of falling metal, when I realized what was happening I came back and I saw that motorcycle domino being knocked over by my motorcycle.

The result was that I crushed the tank of the motorcycle of the person who was standing next to mine, as I had no money to pay for the damage, I decided to use the credit card, being optimistic as I am, I thought I would be able to pay the bill in the coming months . What didn't happen and my name ended up in serasa. I'm telling you this because it had a big impact on the development of the project.

Still in 2017, shortly after leaving my job, I decided to carry out a crowdfunding campaign as I would have plenty of time but would no longer have the funds from my work to fund the development of the project.

All this amount collected was used to license some assets that I used, for example, 3D models of weapons, third-party codes and sound packs.

And then two more years went by, unemployed and trying my hardest to run the project as I could, with few resources because at that time my computer was already very outdated.

In the meantime, several parts of the PC burned, I lost video card, source and even HD, when my HD burned, it was one of the biggest scares I took, I lost 1 week of work because I hadn't backed up. From then on, I was embarrassed and started using GIT, which is a code versioning system. This has saved me a lot of headaches and was certainly a necessary learning experience for the project to mature.

Anyway, after a lot of work, a lot of technical and personal problems, I got the $100 I needed to publish the project on Steam and on April 30, 2019 the project was released as early access.

Remember I told the story of when I knocked over the bikes? Two years later I still hadn't paid this credit card debt and my name was still on serasa, it was consuming a lot of my energy with this concern, not to mention that I didn't have credit to continue investing in Smoking Snakes, that's when I decided get another job to get out of this situation.

This development process was slow and in that time the technology has evolved, added to some design decisions I made, which led to what is called a technical debt, which means that when this version was released on Steam it already had a series of problems that would prevent the project from evolving in the long term.

It was a difficult decision, but I decided to restart the project's development, now with more experience, knowledge and money to license new assets and hire freelancers.

During all this time it was in this garage that I developed Smoking Snakes, and that's why I wanted to record this first vlog here, but at the beginning of 2020 I moved in with my girlfriend, so the next videos will be recorded at my house.

I also changed my setup, today I work with a new computer that allows me to save many hours of work since I don't have to wait 4, 6 hours to compile the project, comment if you want me to talk about it in other videos.

Guys, one thing is a fact, there is still a long journey until this project becomes what I have in mind, but all I have achieved so far is because I have the support of several people who are very important to me, so I would like to thank all one by one.

Call for Next Video

Answering the question I asked at the beginning of the video, the project hasn't died, it's more alive than ever, I ask everyone just a little more patience as there are many new things coming up.

So that's it guys, I tried to summarize as much as possible everything that happened during all this time of development of the business and the Smoking Snakes project, for sure a lot was left out and I intend to tell it little by little as I remember.

In the next video, I'll answer the most frequently asked questions about the development of Smoking Snakes, so leave your doubts in the comments and of course, if you are not subscribed, subscribe to the channel, activate notifications, if you liked it, leave a like, if did not like leave a dislike and comment how I can improve.